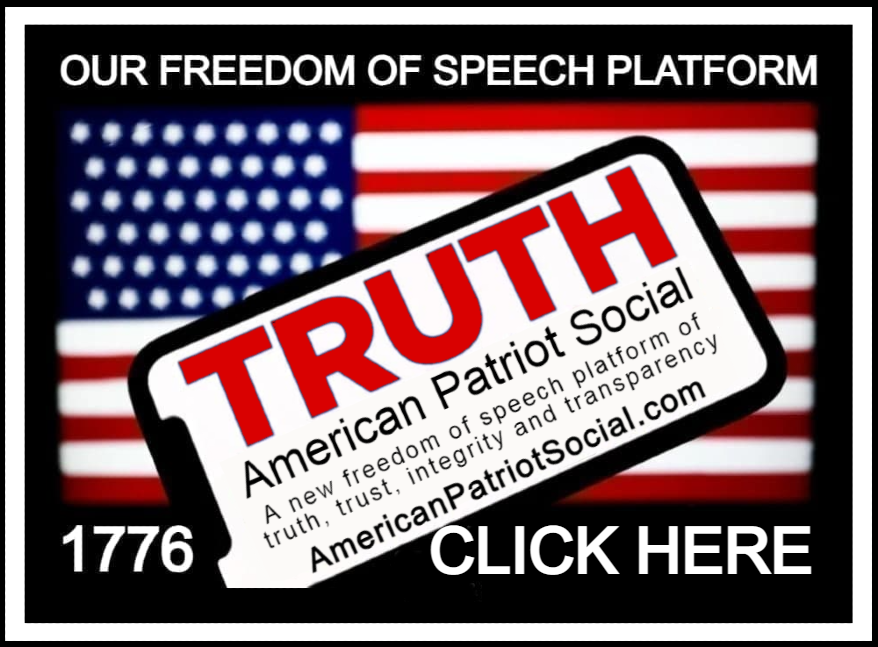 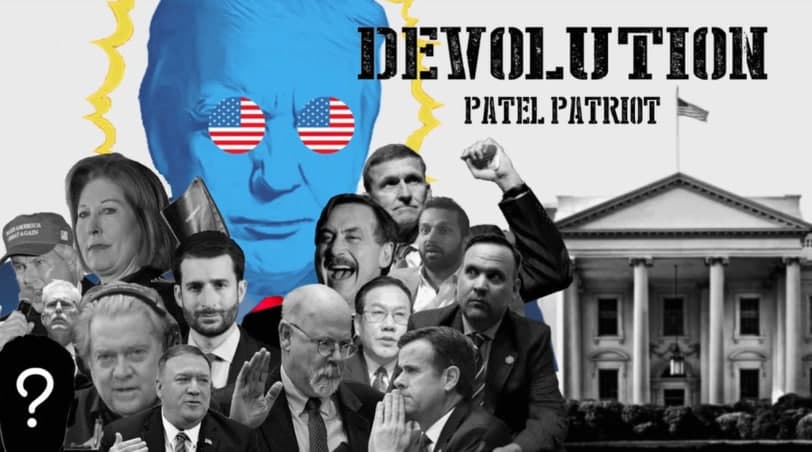 VIDEOS ABOUT DEVOLUTION AND PATEL PATRIOT

Patel Patriot- Trump’s Shadow Government-Devolution. Patel takes us through a step by step process of the Executive Orders Trump issued for continuity of government and the safeties that are in place for this current war for America. https://url.americanpatriotsforum.com/tJ9445

Here is a series that fully explains what Devolution is and how it is being utilized in our current situation in the United States.

The Devolution Series outlines exactly how President Donald Trump used all the legal powers available to him as President of the United States and Commander-in-Chief of the United States Armed Forces to defeat the election theft. Donald Trump initiated a real Continuity of Government plan and left office on January 20th but his return is imminent.

An Introduction to Devolution
https://url.americanpatriotsforum.com/YJrmfh 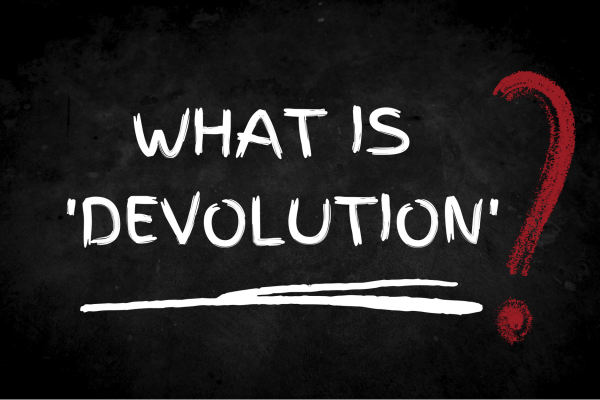 REALATED: For those who don't understand Devolution and why it is important!

The concept of Devolution is fundamental and part of the government's top-secret continuity of government plans.

Devolution is the statutory delegation of powers from the central government of a sovereign state to govern at a subnational level, such as a regional or local level. It is a form of administrative decentralization. Devolved territories have the power to make legislation relevant to the area, thus granting them a higher level of autonomy.

Devolution differs from federalism in that the devolved powers of the subnational authority may be temporary and are reversible, ultimately residing with the central government. Thus, the state remains de jure unitary. Legislation creating devolved parliaments or assemblies can be repealed or amended by central government in the same way as any statute. In federal systems, by contrast, sub-unit government is guaranteed in the constitution, so the powers of the sub-units cannot be withdrawn unilaterally by the central government (i.e. without the consent of the sub-units being granted through the process of constitutional amendment). The sub-units therefore have a lower degree of protection under devolution than under federalism.

Devolution, the transfer of power from a central government to subnational (e.g., state, regional, or local) authorities. Devolution usually occurs through conventional statutes rather than through a change in a country’s constitution; thus, unitary systems of government that have devolved powers in this manner are still considered unitary rather than federal systems, because the powers of the subnational authorities can be withdrawn by the central government at any time (compare federalism).

Throughout history, there has been a tendency for governments to centralize power. During the late 20th century, however, groups in both federal and unitary systems increasingly sought to reduce the power of central governments by devolving power to local or regional governments. For example, supporters of states’ rights in the United States favoured diffusing power away from Washington, D.C., toward state and local governments. This trend was also experienced throughout the world, though perhaps the two most notable instances of devolution occurred in France in the 1980s and the United Kingdom in the late 1990s.

When people fully understand what devolution is and why it is important, they will better understand everything that is and has been taking place in American since 2017.

Did you know, that on January 5th, 2021, Donald Trump signed an executive order which I believe further proves that Devolution is real? January 6th was such a shit show that this Executive Order largely went unnoticed in the background of the insurrection. I didn’t know about it until very recently. Before I show you that order, let me provide the needed background first.

On May 11th, 2017, President Trump issued Executive Order 13799: Establishment of Presidential Advisory Commission on Election Integrity. Vice President Mike Pence was the chair of the commission and they were to “study the registration and voting processes used in Federal elections”. It was solely an advisory commission and was to submit a report to the president.

The commission was met with major backlash after requesting donor data and information from the individual states. At least eight lawsuits were filed challenging the commission, alleging that its activities violated the law. On Jan 3rd, 2018, without any report having been released, Trump disbanded the commission blaming “mostly Democrat States”: 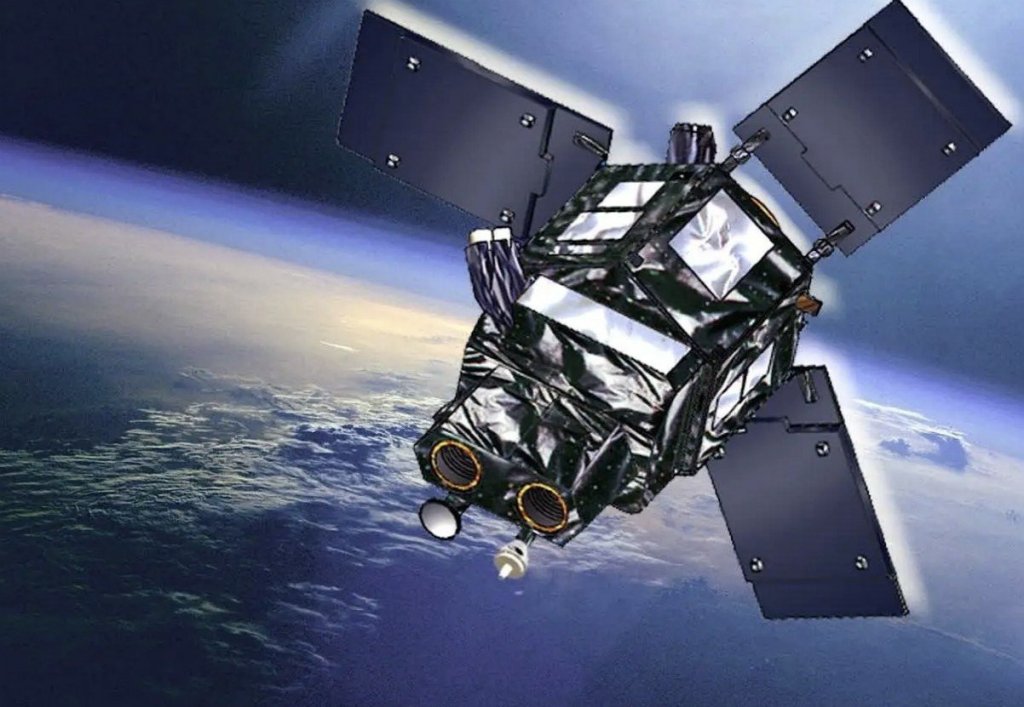 It also gave President Trump unprecedented ability to gather intelligence with no to little interference from foreign entities and from various powers within the U.S.

Some of this intelligence could be used to track all facets of the upcoming November elections.

“This was so secret, even Vice President Pence didn’t know,” a military connected source informed me. “Russia had satellites chasing one of ours staying within 100 miles on its trail. Looking back, we now understand why Pence wasn’t in the loop for the most top secret activities.”

Through various sources, including seven of our readers (who likely don’t know each other because they live in five different states), there is a good deal of “chatter” about a process called Devolution. 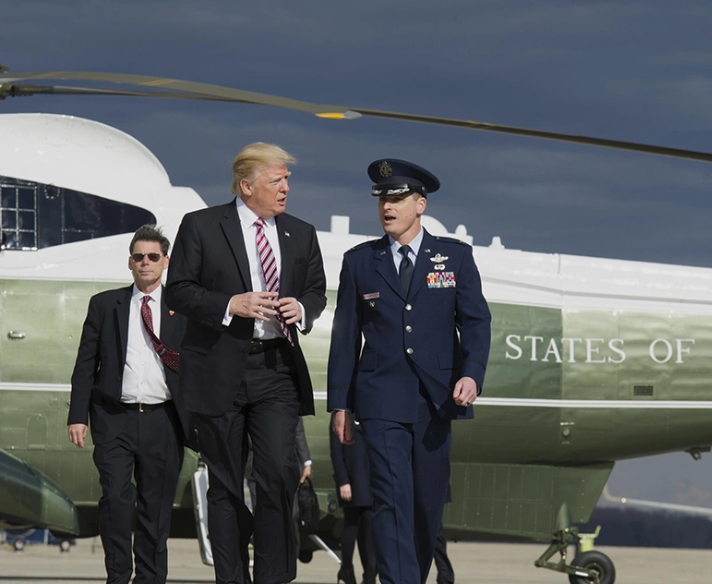 This devolution is a confirmed process being preserved by the U.S. military to secretly maintain and save President Donald Trump’s administration.

I first heard about devolution in November 2020 after the election, but was unsuccessful in obtaining reliable confirmation along the way. It appeared outlandished, but as specific events unfolded, it has shown to be quite feasible.

“This is something going on out there and so top secret, it’s doubtful many in the military or the White House even know what is happening,” one long time, very reliable, Washington D.C. area source said in November. “Just pay attention to what President Trump says–and his actions. It will be behind the backs of key staff, including military leadership, and powerful politicians.”

The first surprise was replacing key defense leaders, including promoting Christopher C. Miller to Secretary of Defense on November 9th, 2020. This was followed quickly by naming Kash Patel, Ezra Cohen-Watnick, David Norquist and others to key military positions.

The Defense Policy Board is an outside advisory group of former high profile national security officials who “provide the Secretary of Defense and the Deputy Secretary of Defense, independent, informed advice and opinions concerning matters of defense policy in response to specific tasks.”

Why did Trump make these abrupt changes? 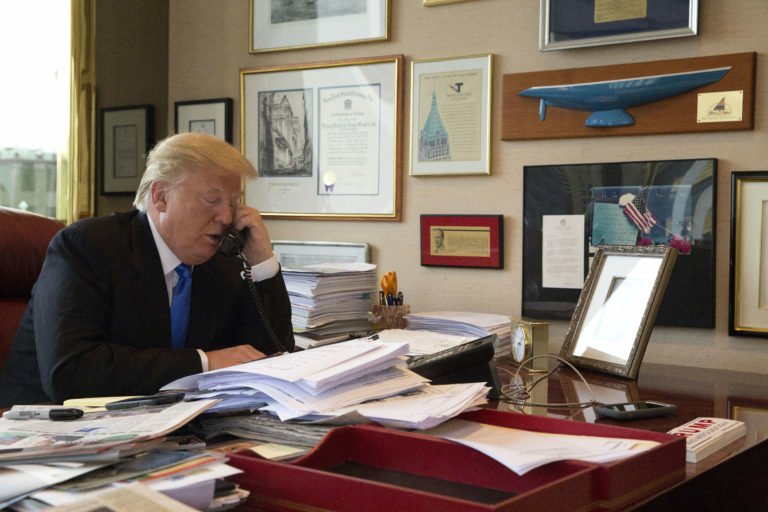 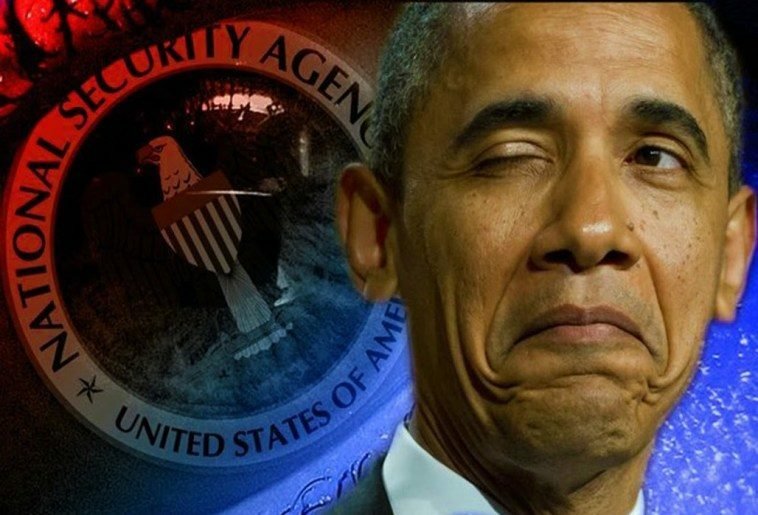 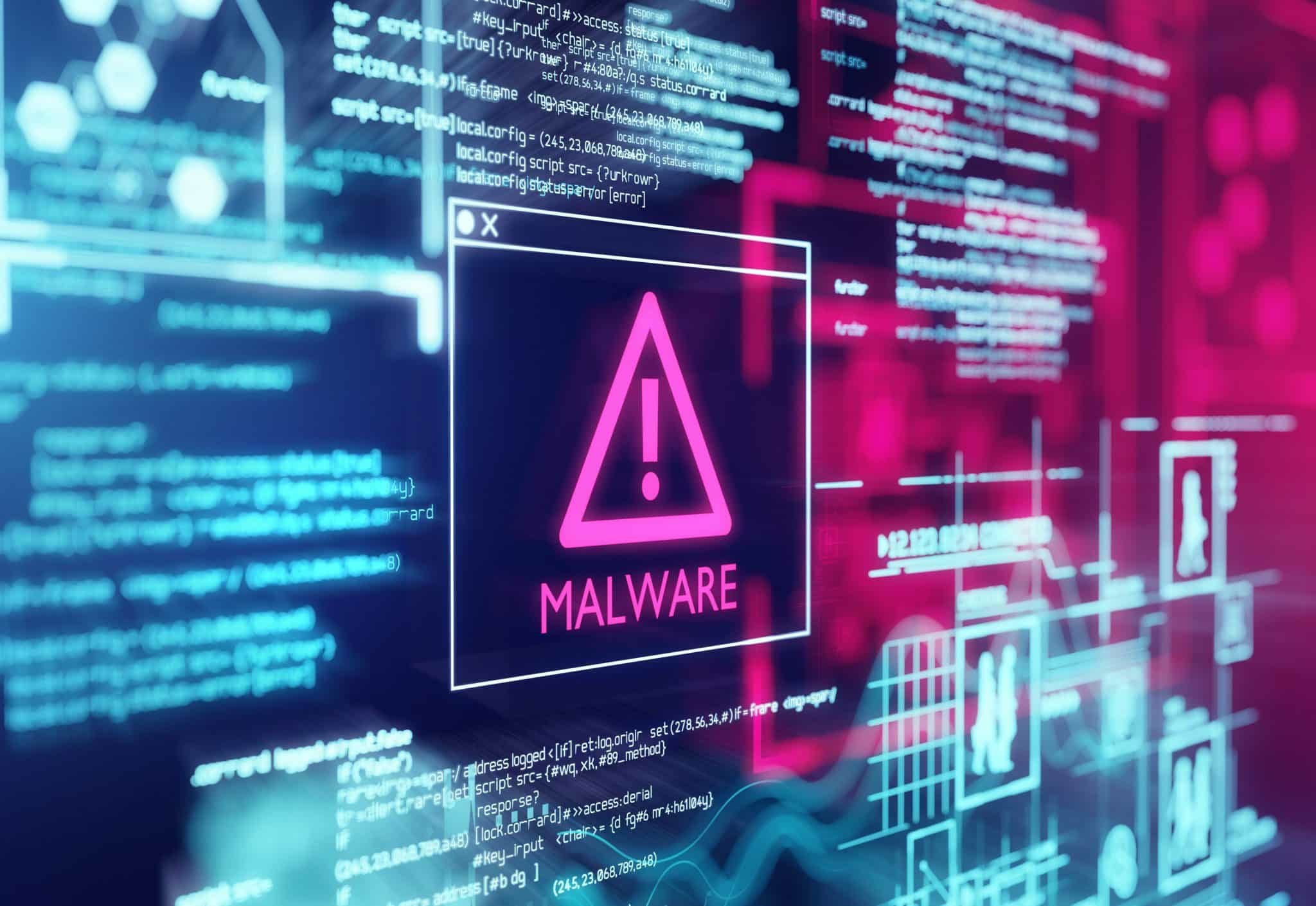 Our military intelligence and spying abilities were enhanced through Space Force. It was this ability that exposed and captured behind the scenes intel that brought awareness of the dangers to America (and even provided intel and data "PCAPS" regarding the true vote count in the November election).

It was Space Force technology that helped Trump decide on the now famous raid in Frankfort, Germany. It happened as soon as Miller and company were put in place.

Here are some key facts to note:

1. Continuity of operations (COOP) planning has been in existence by the United States since the Cold War as an effort to preserve the continuity of government (COG) in the event of a Nuclear Attack.

2. These operations have evolved to the point that each and every federal government agency and department has COG and COOP plans.

3. Supposedly, President Trump initiated the devolution process through the Military and the Department of Defense because of intelligence indicators revealing extreme and growing cyber, electronics, space and spy technology warfare.

4. Trump said on several occasions that when China permitted COVID-19 to escape Wuhan, that was essentially an act of war paramount to at least the attack on Pearl Harbor. 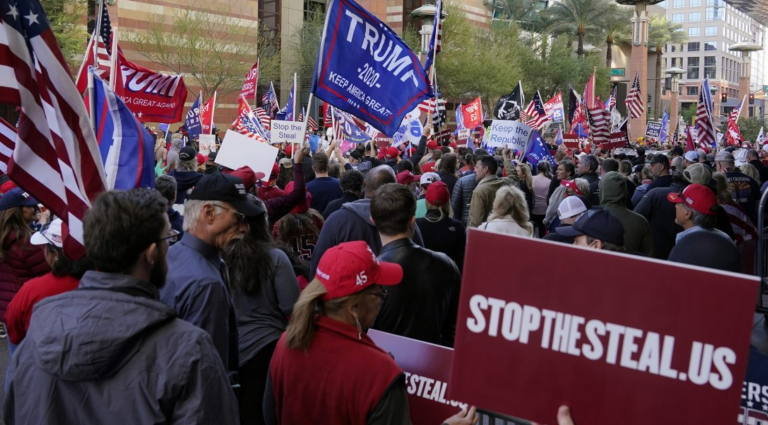 5. When the U.S. is at war—even when it is an undeclared war—the President has powers not available to him in peacetime.

6. These powers do not require congressional approval and many times when they are exercised, the public is not aware. The President can, in wartime, take whatever steps are deemed necessary to save the Republic.

The devolution theory bares more towards reality with a close examination of presidential memoranda, executive orders, and odd personnel changes made in 2020 related to national security. 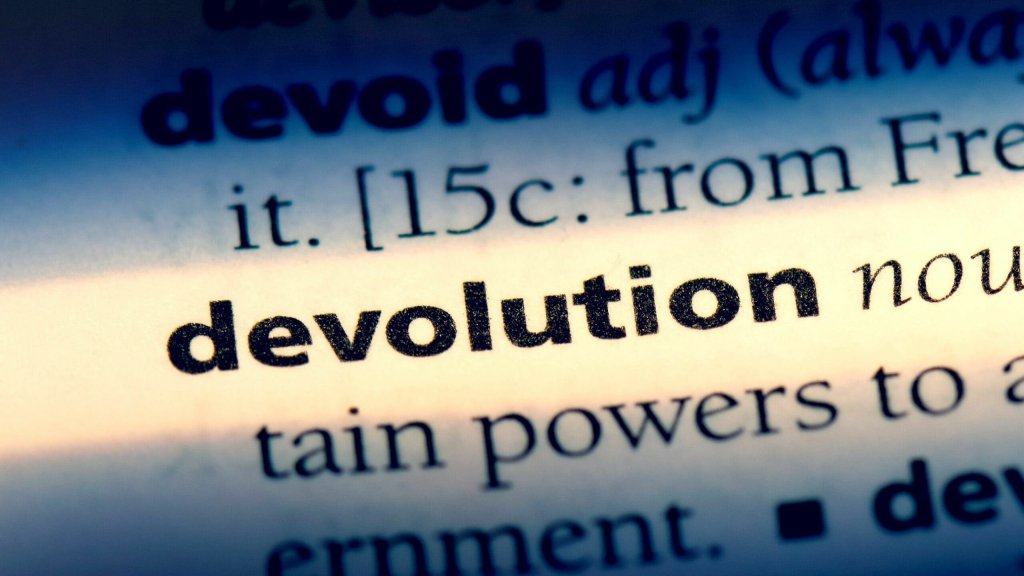 “Central to the devolution theory is that Trump knew the election would be stolen by a foreign power, and he viewed this as an act of war,” a recent whistleblower posted on Telegram.

“In response, he preemptively and covertly took steps to invalidate the outcome of the election,” the post continued. “The measures he took are known only to a handful of people, but they effectively make him the true Commander in Chief. A decision was made to allow the public to believe Joe Biden is President, but at a later date, we will be informed of the truth.”

“Further, the theory proposes that a few key military assets around the country are covertly supporting Trump, while most of the military believes Biden is calling the shots,” indicates a knowledgeable post on Gab. “At a future time—perhaps when indisputable evidence of election fraud is made public—the military and Trump will make their big reveal.” 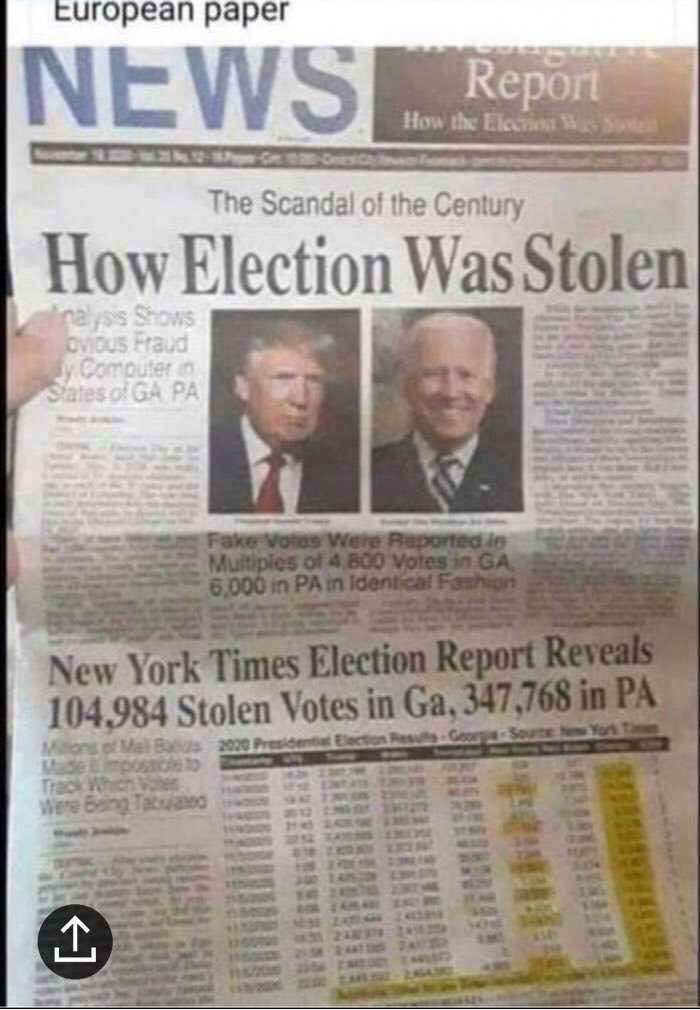 “One objection to the theory is the adoption of ‘woke’ ideology by military leaders,” the Gab poster wrote. “Critics say that the military has gone soft and would not support Trump today. The U.S. military is comprised of approximately one million people who come from all walks of life, who espouse diverse ideologies and have different loyalties. It’s a gross oversimplification to say ‘the military is corrupt,’ or ‘the military is woke.’ The military is highly compartmentalized. The ideologies and loyalties of one group are not universally embraced by other groups.” 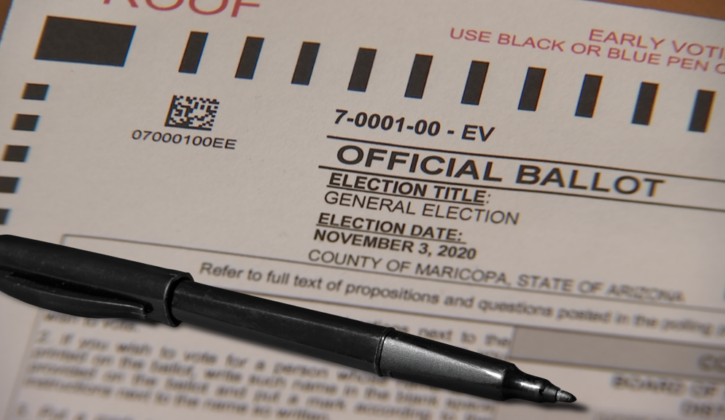 “Members of Special Operations teams are selected from a large number of applicants based on specific criteria including loyalty,” an expert in military explained. “You’re not going to find wokeism being promoted in their ranks. These men and women are patriots, and the devolution articles suggest that these are the very people Trump is working with.” 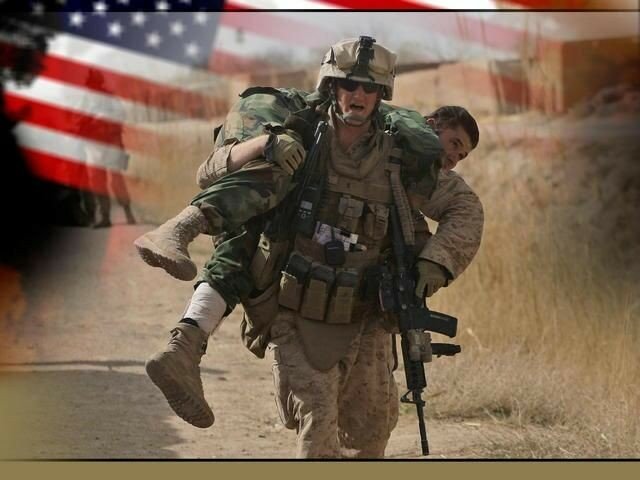 DEVOLUTION - IS THERE REALLY A PLAN?
https://url.americanpatriotsforum.com/MzaHg5

Patel Patriot - Everything Is Timed, Military Planning, Trump Will Most Likely Return Before 2024 (2/19/2022)
https://url.americanpatriotsforum.com/OdraLP

Patel Patriot - The Stage Is Set, In The End The [DS] Will Cease To Exist (10/15/2021)
https://url.americanpatriotsforum.com/CpYkoT

Patel Patriot - This Is Why Devolution Had To Happen (9/3/2021)
https://url.americanpatriotsforum.com/Z4woRl

Users browsing this forum: No registered users and 1 guest